From smart lighting to smart thermostats, tech companies are making products smarter than ever. While tech giants like Amazon, Google, and Apple are at the forefront, it’s the startup space where many of these new ideas and inventions are discovered.

With that in mind, we analyzed the 1,000 best-funded smart home startups on Crunchbase along with patent application data from 2011 to 2021 to reveal global industry trends and find out how this smart technology will shape the future. .

Which countries are leading the way for smart home startups?

Smart home tech startups are on the rise all over the world. However, like many other industries, the majority of smart home technology companies are located in the United States, which is home to 393. The other leading countries are China, with 118, and the United Kingdom with 66. 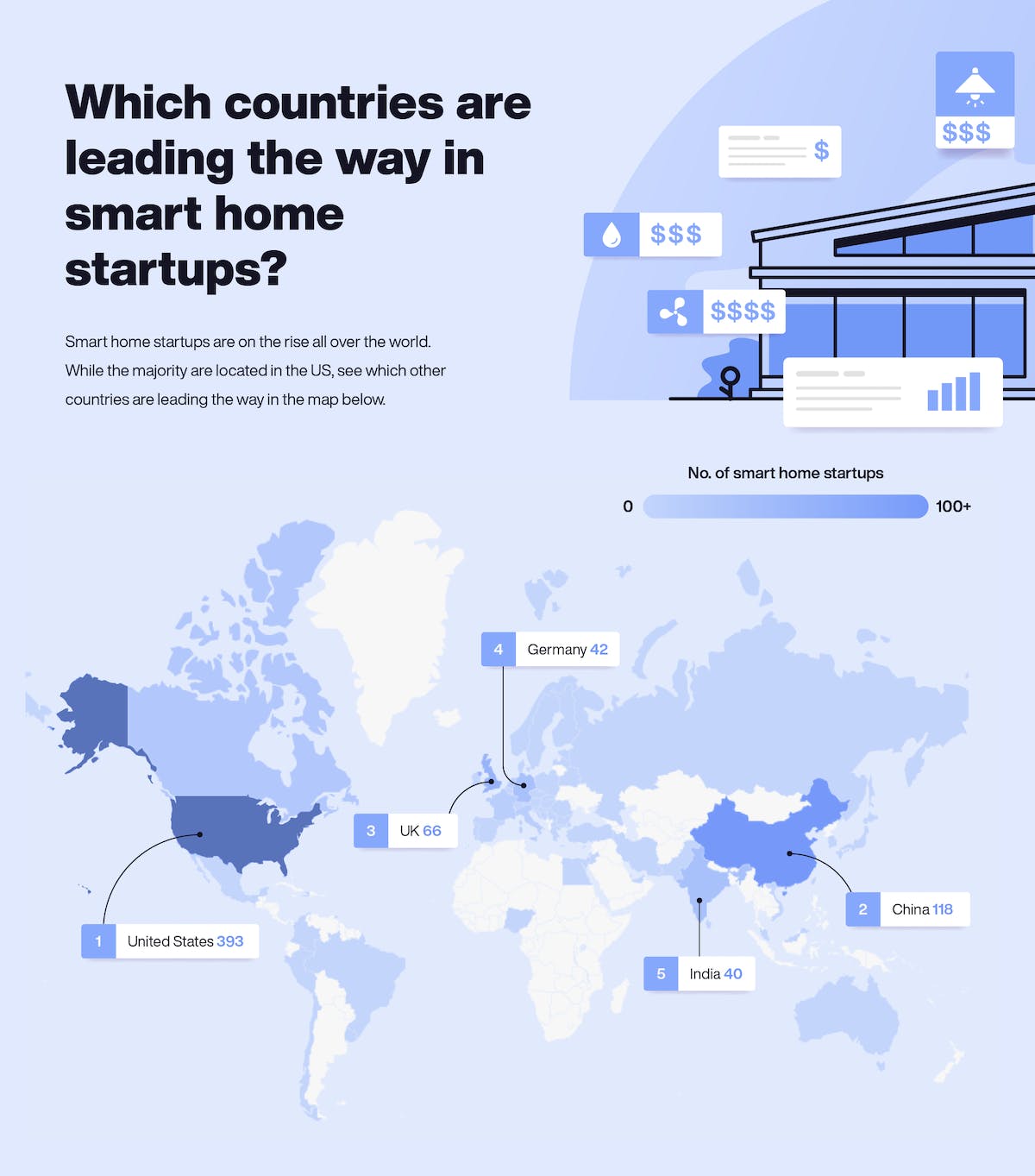 Where do smart home startups get the most funding? 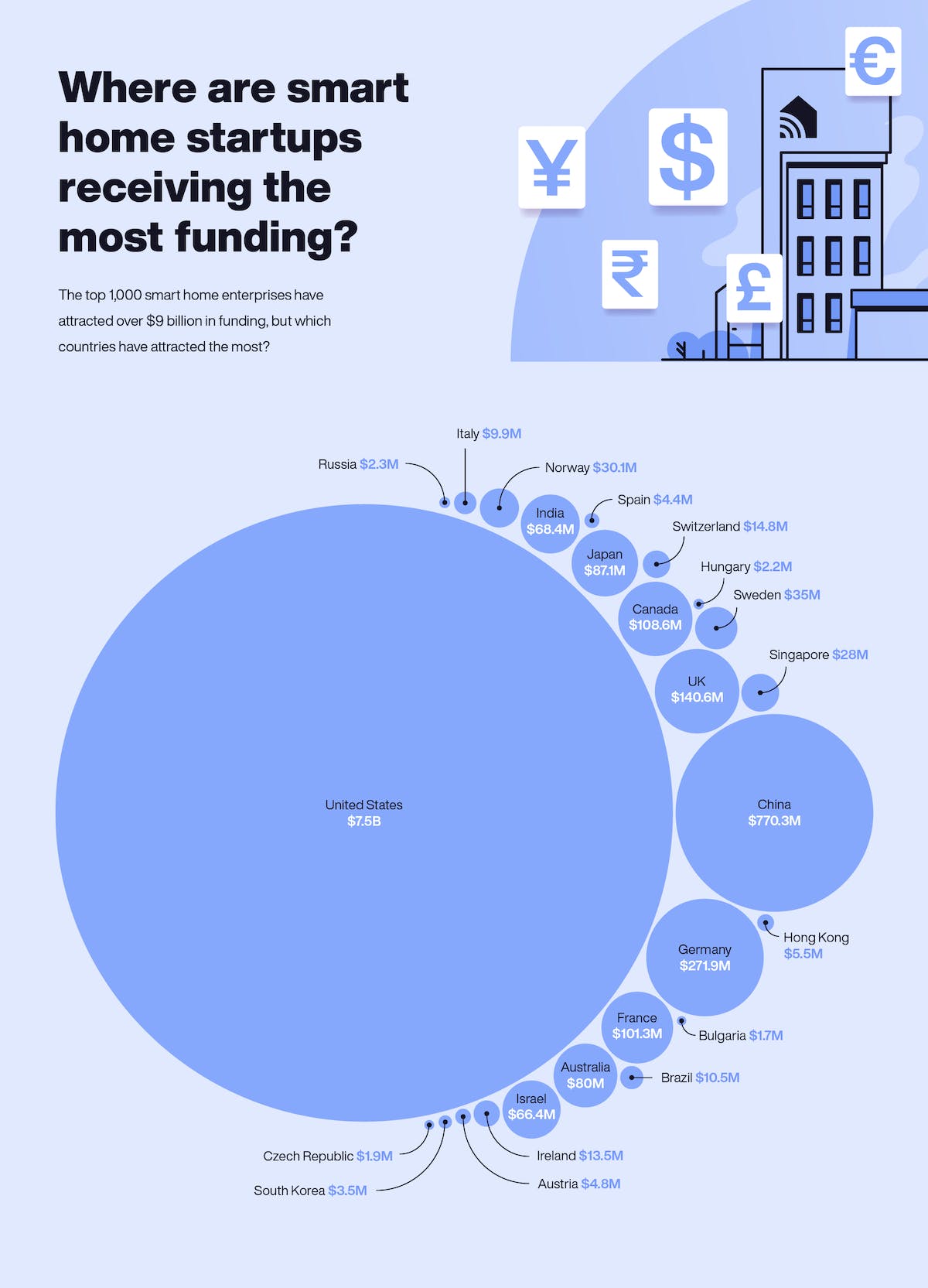 Which companies have filed the most patents?

Patents are regularly filed to allow inventors to develop new technologies for the smart home. A number of the big tech giants make the list for the most patents filed, but the company that files the most is Samsung with 4,229. The table below gives a snapshot of the competitive tech landscape. of the smart home. 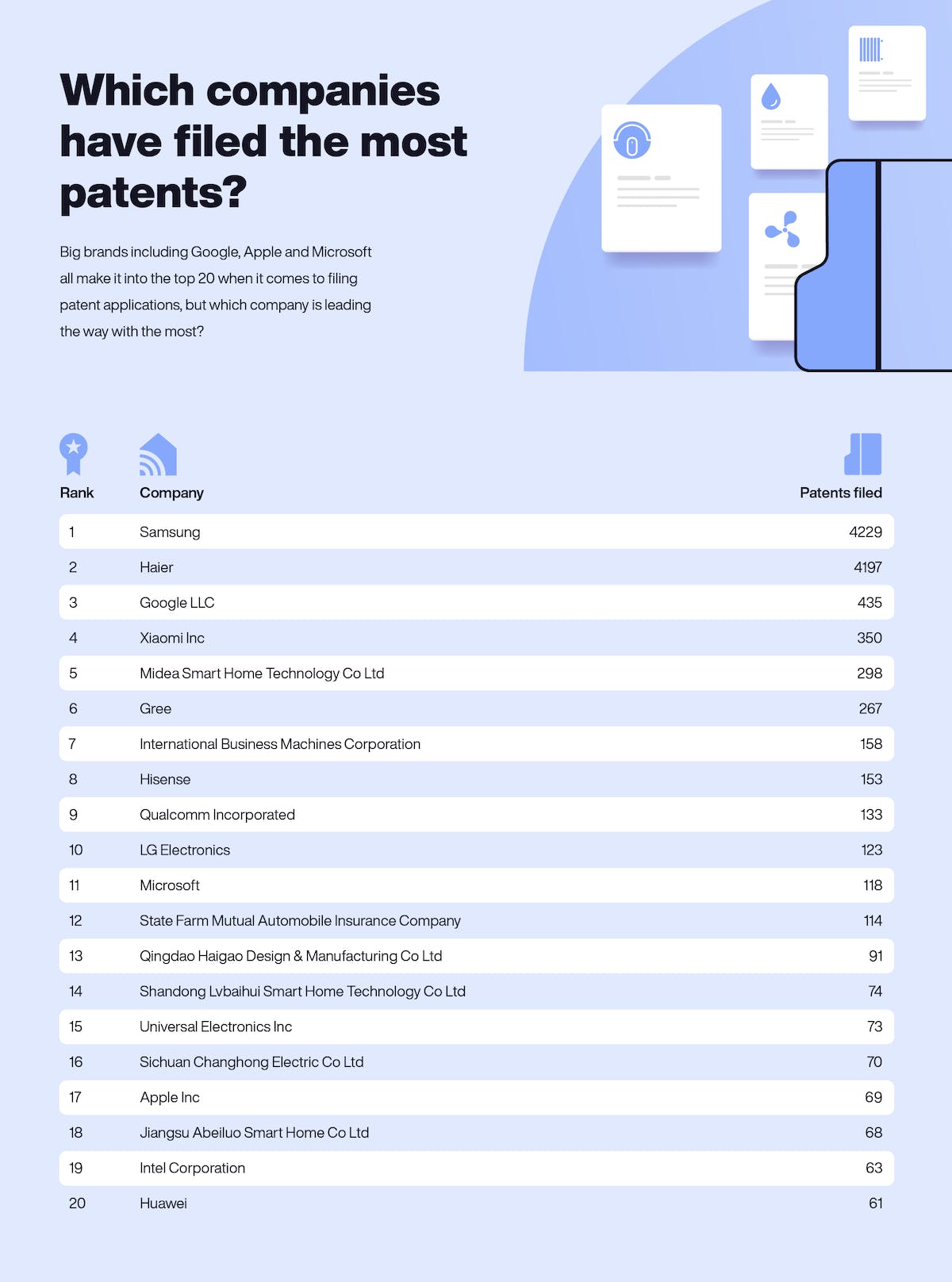 How many patent applications have been filed each year?

The graph below highlights the number of patent applications per year between 2011-2020. Although 2020 has seen a slight decline, likely due to the coronavirus outbreak, the numbers overall show an increase in deposits over the past 10 years. This indicates a continued increase in smart homes in the years to come. 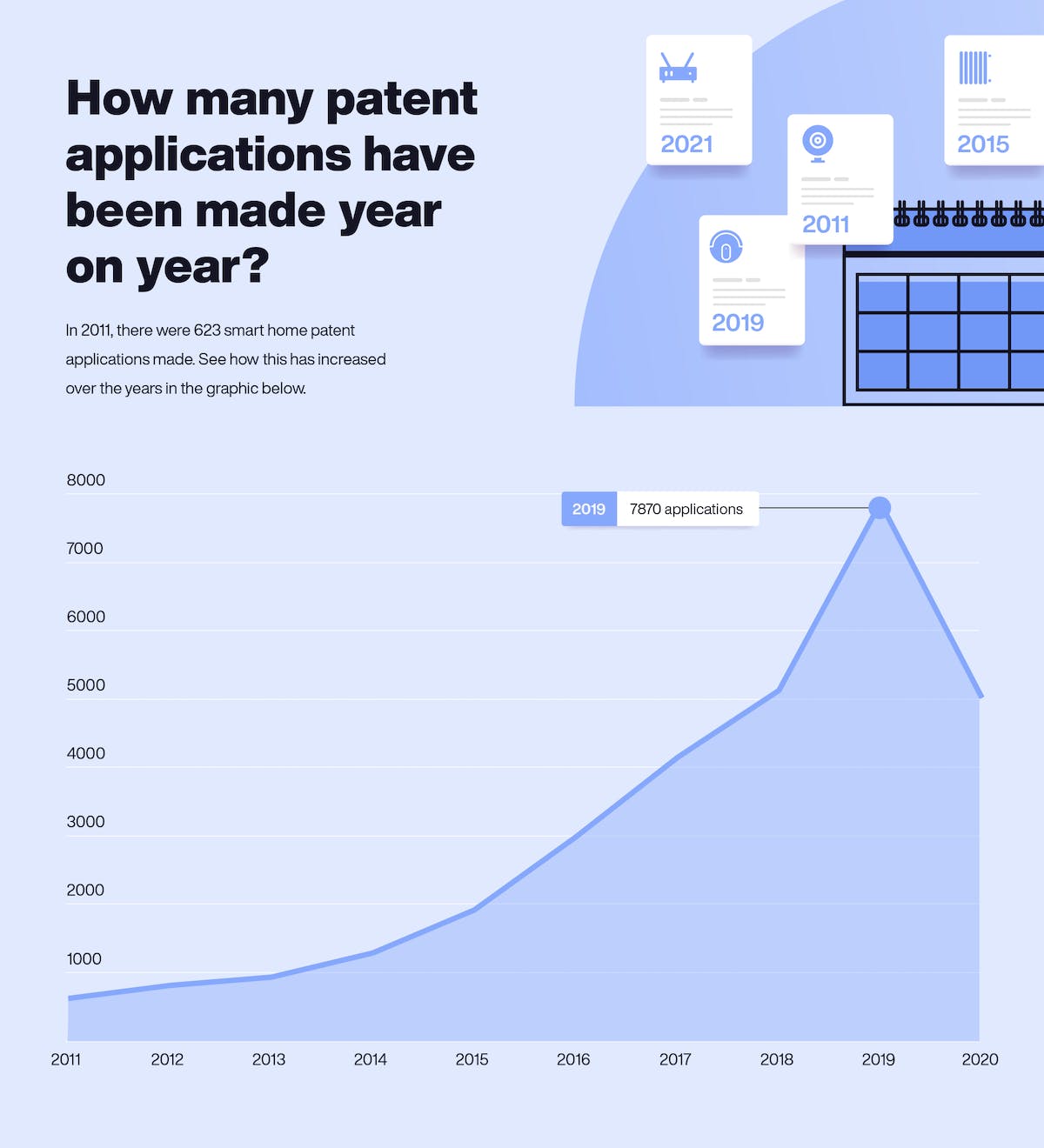 Data on smart home startups was collected using Crunchbase. Companies were filtered by â€œSmart Homeâ€ and â€œHighest Total Fundingâ€ category to reveal the top 1,000 companies. Data was extracted on 06/02/2021. Patent data for 2011-2021 were taken from Scope of WIPO Patents by an export using their own tool based on a search for the term “smart home”. Data was extracted on 06/01/2021. All data available on request.